Jerry has been studying and painting not only airplanes but the American West as well for close to 50 years. The April 2017 issue of Western Art Collector presented a feature on painting the old west. Jerry is included in this piece and also appears later in the magazine in a review on Brian Lebel’s old west auction held in Mesa, January 2017. 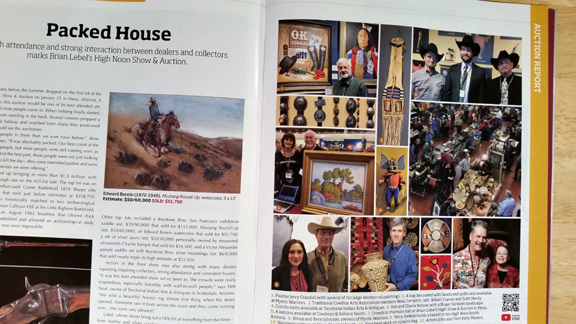