Ivan N. Kozhedub’a Lavochkin La-7, Limited edition print by Jerry Crandall. Sorry, this edition is sold out; however, please enjoy the photos, video and story that appeared in Air Classic Magazin shortly after the signing. 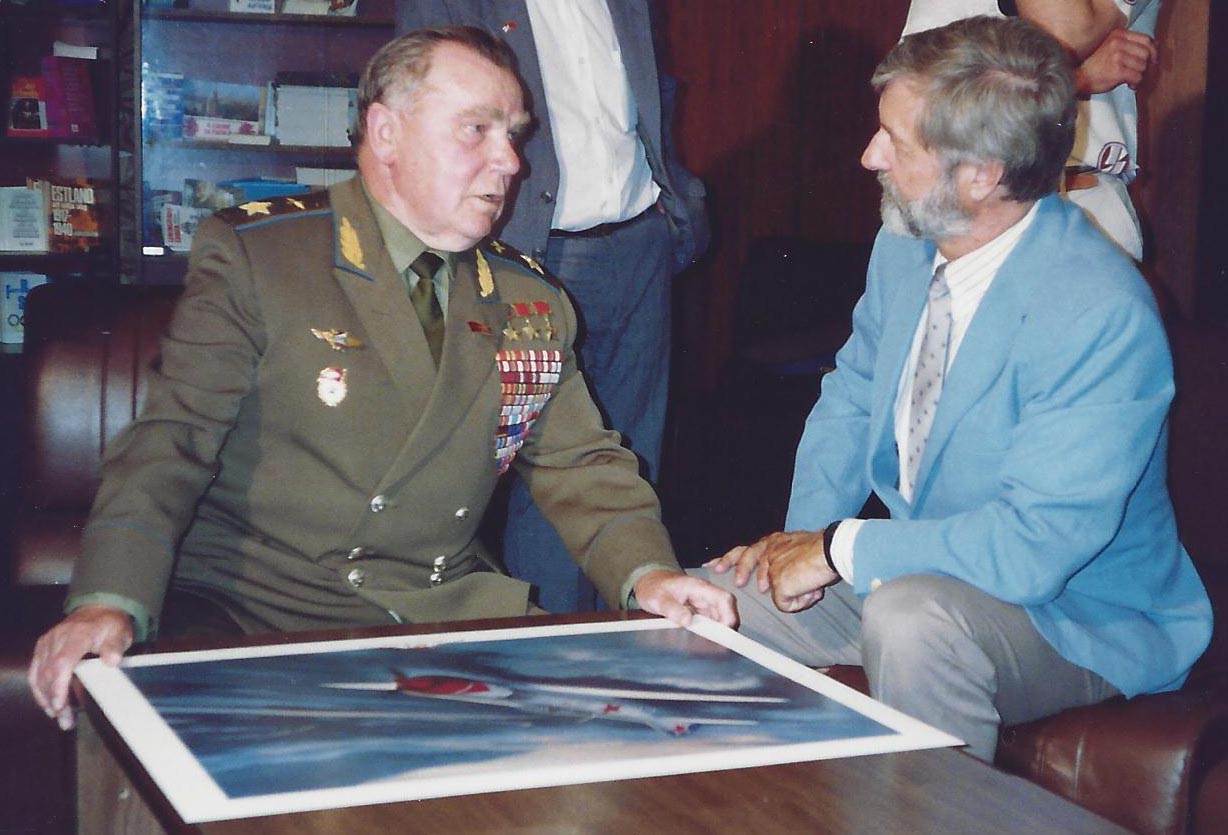 Sorry, this edition is sold out.

Signed in the Soviet Union – after months of difficult negotiations and careful planning, Eagle Editions travelled to Moscow to have each print personally autographed by the leading WWII Soviet Ace General Ivan N. Kozhedub.

Watch the video of Kozhedub signing the prints in the Moscow here:

There are no reviews yet.